It’s pretty simple: It’s because there’s actually a Design Principle known as the “Rule of Threes” which says that things arranged in odd numbers are more appealing, memorable, and effective than even-numbered groupings.

The “Rule of Threes”

Three seems to be *the* magic number, but 5, 7, or 9 work nicely as well and that is why when arranging we often use flowers this way. This principle holds weight in interior design, and also pops up in graphic design, photography,  and even in storytelling (after all you have heard of the Three Little Pigs, The Three Bears, and the Three Little Kittens who lost their mittens ).

What is it about these odd numbers? Apparently, it’s just how our lovely brains work. For one, three is the smallest number that can be used to form a distinguishable pattern in our heads. Also, when you see an odd number of things, your eye is forced to move around more, which makes for a more interesting visual experience.

Using an uneven number of flowers can help an arrangement to look less uniform, and more organic or naturalistic. It also draws your eye into the focus of the arrangement and even in to the center of a single flower.  Have you noticed that many flowers in nature have an odd number of petals. Why is this? it may be down to nature’s efficiency and be explained by what is known as the Fibonacci Sequence of numbers.  As each row of seeds in a sunflower or each row of scales in a pine cone grows radially away from the center, it tries to grow the maximum number of seeds (or scales) in the smallest space.

Take a look at http://science.jrank.org/pages/2707/Fibonacci-Sequence-Fibonacci-sequence-in-nature.htm 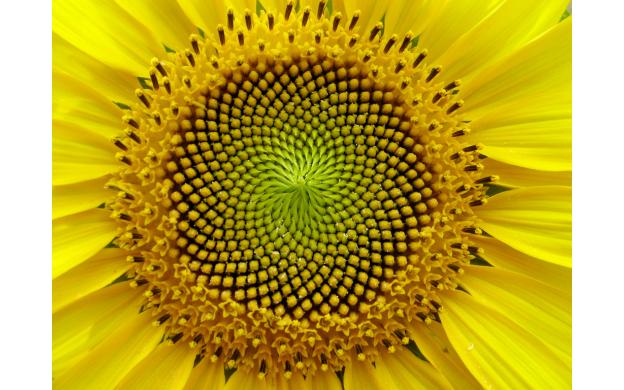 Trying to arrange a 2 or 4 flower bouquet can be challenging because there is no obvious focal point. Two or four of the same flowers will be static and symmetrical, while three or five will be more dynamic.

Some designers believe bouquets need a center and so odd numbers make it easier to achieve. Think about it – if you start with putting together a simple bunch of flowers.  You start with 1 bloom, then can easily place three more around it (allowing space in between) and then say five more around that etc etc…

While I am talking hand posies  – Here is where you can find a simple pictorial tutorial for spiraling a hand-tied bouquet. Flowers are a tool for creating. Floral Artists use them the same way that an artist would use paint or a sculptor would use wood or stone. There are so many techniques used to arrange flowers and it all boils down to personal style and interpretation. Somewhere this is so very evident is in an ‘Imposed Floral Art Class’ where you can see different designers using the same flowers/materials to create completely different arrangements. Below are three prizewinning examples from an Imposed Class at the 11th World Association of Floral Arrangers Flower Show in Dublin in June 2014.  In such a competition class a set selection of identical materials are supplied as a surprise, and the competitors who usually only know the title of the arrangement must all set to work and complete in the allotted time.

The fun is in the creativity so it’s important to not to get too tied down to odd numbers and focus on what you think would look good. The rule of 3s is just a guideline, and may not work in some instances.  Sometimes the best design comes not from following rules, but rather from following your gut.

0 comments on “Why use odd numbers of blooms?”Add yours →